Truly Internationalized CMS and Solution of People-powered Translation by Crowdsourcing

Features Of The ProductContact Us

1. Register to the CMS

Import your website to Interlingue. You can use both the HTML code of your previous existing site, or a newly designed one. After you mark-up the text you want to translate or update with CMS, it's complete.。

You can order crowd-sourced translation from the Interlingue management console. Translators from around the world are translate your website. You may rest assured since you can sort out translation jobs and get quotes before you order a translation.

After the translation is complete, the only thing left to do is publish the website. You can publish a truly globalized website that is compatible with a variety of languages very easily. 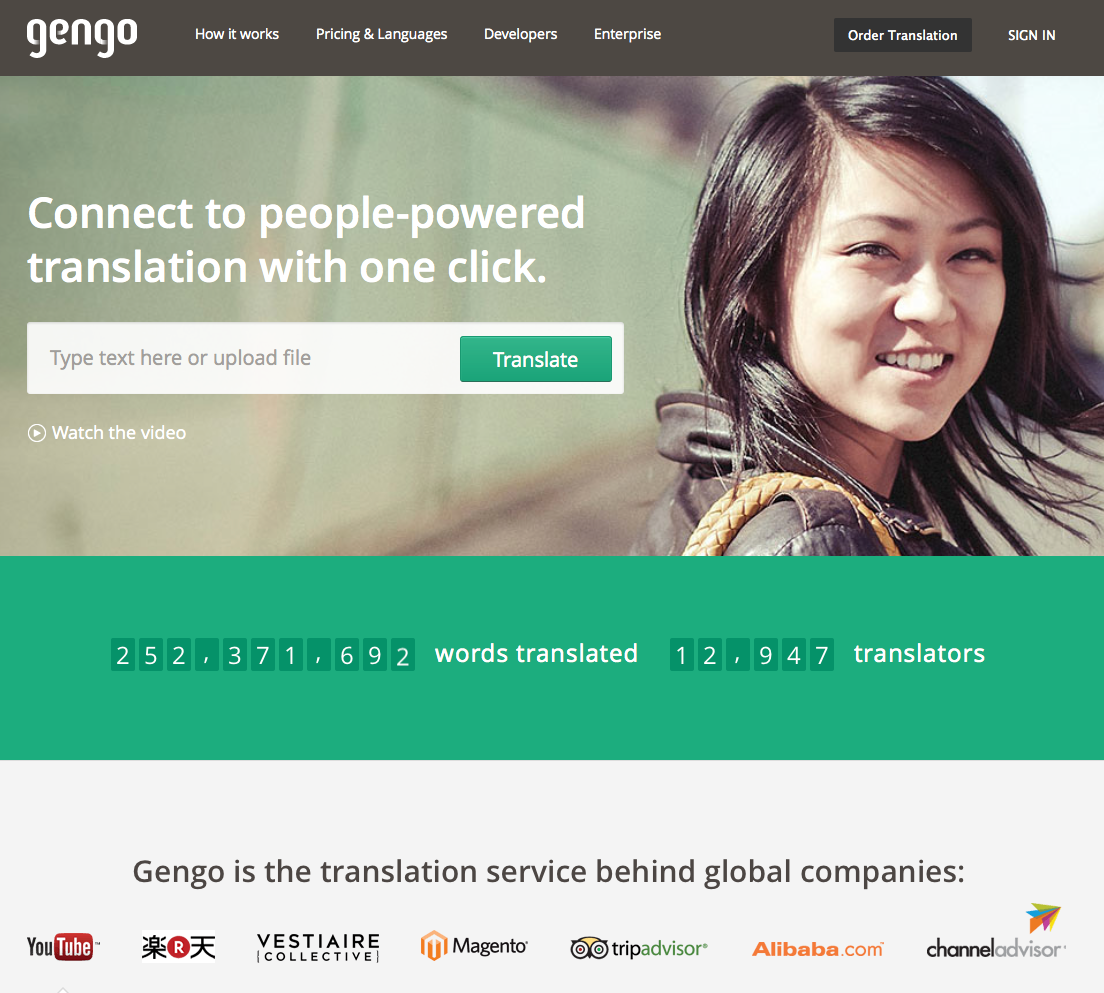 Gengo® is a people-powered translation platform that connects over 13,000 translators with translation needs from around the world through the cloud.

Interlingue is a solution that seamlessly links with the translation service of Gengo®,
allowing you to automatically make your monolingual website into multilingual one.

Interlingue not only has automatic translation features through cloud-sourcing,
but also numerous features that exceed those of other CMS solutions.

Designers are able to design using the same methods when creating static websites. Additionally, Interlingue provides an easy to learn template system. This template system can be operated so seamlessly that you might even forget you are designing for a CMS.

You can define content models within the website without any sort of coding whatsoever. On the other hand, when defining complex models for blog-based CMS solutions such as those for Wordpress, it is necessary to expand the system.

Since site content and design are "completely" isolated from each other, renewing designs, and server migration and expansion can be done without disrupting your website. Rather than pushing them to the actual website, you can push your designs to the CMS after checking design changes from your local environment.

Special plug-ins and additional development are not required to make your website multilingual. The management console has been translated into over 15 languages, so you can immediately construct a website where you can smoothly switch between multiple languages.

Interlingue is built-on the Ruby on Rails framework developed by accomplished developers from around the world and utilizing various open-source products that withstand several tests and real-world usage.

Now, We are released "closed" version.
Companies and WEB Site Administrators that wish to try this product earlier than general customers, please submit your inquiry using the form below.